VICE PRESIDENT OF FIFA GETS EIGHTH DELAY IN HIS SENTENCING DATE 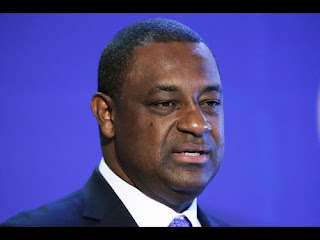 Jeffrey Webb, the former Vice President of FIFA, and the former president of CONCACAF, has obtained a highly unusual eighth postponement of his sentencing date,  for six additional months, to March 2019. he pled guilty, back in in November 2015, to Money Laundering Conspiracy, Wire Fraud and Racketeering. He was originally charged in a 47-page indictment.

The problem is that the defendant has been under House Arrest (home confinement) for more than three years, with few restrictions.We understand that, as an important cooperating witness, we must be granted some privileges, but three years in a house, in the United States, which he purchased with the proceeds of crime? Something's wrong with this picture. I don't care how much Substantial Assistance he provided three years ago, and at trials of other defendants, what is he still doing living in a luxury home in America, rather than serving his sentence ? He is a Caymanian, are we not rewarding him, by allowing him to continue to enjoy the benefits of his American residence, rather than imprisoning him ?

He remains a wanted man in the Cayman Islands, in connection with other, unrelated, but serious, financial crimes. We cannot has confidence in the American criminal justice system when we see abuses like this. He was a major playert in the FIFA scandal, which brought the entire soccer world into disrepute. Sentence the man already, and let him work off the sentence through subsequent cooperation, and get him into Federal custody. Next, he will be seeking to apply his home confinement time to his sentence.