Reports that surfaced this week, detailing covert meetings between representatives of the United States, and Venezuelan generals intent upon unseating President Nicolas Maduro, thereby effecting regime change in Venezuela, could result in massive international movement of the proceeds of corruption, laundered narcoprofits, and other illicit wealth, held by Venezuelan government officials, as well as OFAC-sanctioned terrorist groups providing material support to their organizations in the Middle East, and operating in Venezuela.

Much of this illicit wealth is held in dodgy banks in the Republic of Panama, as well as the tax havens, offshore financial centers, and island republics offering opaque corporate products, all located in the Caribbean, where questions about Source of Funds and Beneficial Ownership are seldom asked.

The East Caribbean CBI states, St Kitts, Antigua, Dominica, St Lucia & Grenada, also maintain close diplomatic and cultural ties with the regime in Venezuela. Many Venezuelan PEPs own offshore banks and shell companies in those countries, and hold CBI, as well as diplomatic, passports issued by them. Many of those passports were issued under aliases, and a number of those PEPs are known to hold multiple passports. 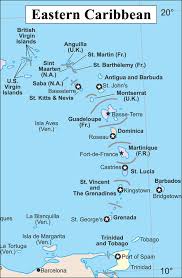 Should any powerful rogue military group emerge in Venezuela, with US aid and assistance, you can expect an explosion of "flight capital" outward from the Caribbean & Panama, into North Amsrica and Western Europe, together with the owners of that wealth, who will rightly fear criminal prosecution from any new, reform Venezuelan government, anxious to arrest, and imprison, corrupt officials, their PEPS, narcotics traffickers, and terrorist financiers.

While closely watching the domestic Venezuelan political scene, be alert for any possible Venezuelan fleeing with a significant amount of wealth, should there be any overt challenge to the Maduro government. Using both facial recognition software and social media/social networking resources, you must properly identify all such potential clients, to rule out both PEP and terrorist financier status. Venezuelans who are concealing their identities through bogus Cedula and passport aliases present a clear and present danger which only facial recognition platforms can combat. 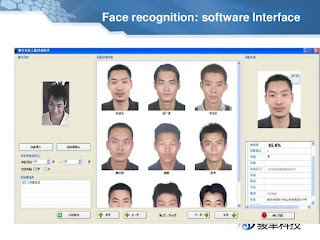 Assume that many of the identity documents you are presented by Venezuelan nationals are bogus, fraudulent, stolen or counterfeit, and others havee been bought from corrupt individuals, complete with clean aliases, and act accordingly to learn the true identity of your new clients. Remember, Venezuela has been at the top of the list of corrupt Latin American countries for 20 years; most of the individuals who show up with large US Dollar assets did not acquire them in a legal manner, given the country's currency regulations.

Watch for that dirty Venezuelan capital exiting the tax havens; you do not want it in your bank, nor do you want to onboard clients who are later indicted for Crimes against the State, their accounts frozen, and your bank publicly named and shamed by regulatory agencies.