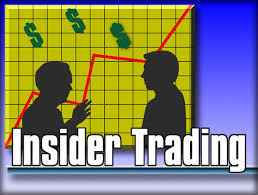 When investigators believe that an individual who is an employee, professional, adviser, or a person otherwise in possession of non-public inside information about a publicly-traded corporation, and that he illegally passed it along to another, for the purposes of making an illicit profit, through stock trading, connecting dots between the insider and the "Tippee" is often difficult, if not close to impossible. Insider Trading charges, where no links cane be made between the parties, are often not brought, due to the probability that a conviction cannot be obtained.

Some insiders go to great lengths to avoid the traditional means of communication, knowing that the use of telephone, text, Internet email, and even written communications may later be intercepted or read by investigators. Add to this a fact pattern where there is no known direct or indirect connection between the insider and any of the individuals who made huge profits by trading stock of a company at a specific time, and proving any connection seems impossible.

Recent developments in technology have made the investigators' task much easier. The employment of facial recognition software platforms, which seek out images of the insider in social media, social networking and other websites, can result in a successful investigation where in earlier times, no connection could be found, notwithstanding how many man-hours the investigators put in. 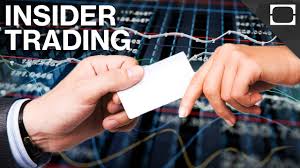 Two parties who have no direct or obvious ties or links can often be paired through the application of facial recognition programs to Facebook and other social media sites, where images of the parties, often taken without their knowledge, are retrtieved by the program. Be they family social events, photos taken by friends, by co-workers, at professional and business events, lectures and seminars, fraternal association events, school and military reunions, all are searchable through facial recognition platforms.

The insider and the Tippee may have a longtime personal reltaionship, neither obvious nor apparent to even the most detailed investigation, but which is revealed through images buried on social media sites, and extracted during a search. Perhaps the connection by and between the two parties goes back many years, through former employment or prior family relationship, not known at the present time, nor discoverable using conventional investigative techniques, but now found, due to this highly effective method of inquiry into links between individuals.

I would wager that Federal investigations of Insider Trading allegations will now have a higher percentage of indictments brought, based upon the proper application of facial recognition software programs to social media and other Internet resources. 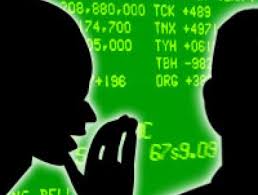