IF YOU IDENTIFY A FINANCIAL CRIMINAL THROUGH FACIAL RECOGNITION SOFTWARE, MUST YOU DISCLOSE THAT ? 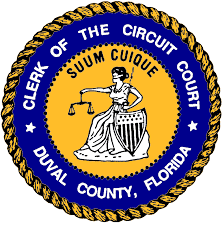 As a compliance officer, performing Enhanced Due Diligence investigations upon new high-risk clients, I rarely had contact with customers*, and if I ascertained that one was engaged in money laundering, and therefore declined to open an account for him, he did not know what tradecraft I employed to make that determination, as it was not disclosed, for sound risk management reasons.

That was fifteen years ago; today many compliance officers at international banks employ facial recognition software programs, to confirm the identities of prospective clients, or alternatively, to expose them under their true identities, which may be as career financial criminals, terrorist financiers, corrupt government officials, or Politically Exposed Persons (PEPs) trying to conceal their real names.

Is there an ethical question here; must we disclose to a clients that we refuse entry in the specific method we used to disqualify him ? I ask this question because, over on the criminal side, an appeals court in the State of Florida is considering exactly that, in a case that appears to be of first impression in the state.

Willie Allen Lynch was convicted in Florida of the sale of cocaine, and was sentenced to additional prison time as a Habitual Felony Offender. Law enforcement used a facial recognition software computer program to identify him; this information was not conveyed to him in pretrial discovery, or during trial, nor was he allowed access to other photographs obtained of other potential defendants in the possession of law enforcement. 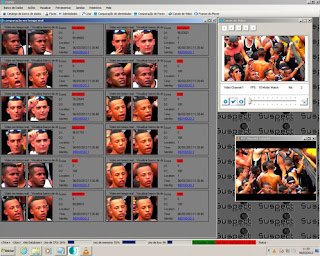 The defendant, through counsel, filed an appeal, to the First District Court of Appeal of Florida, claiming:
(1)" The trial court erred in denying Appellant's request for the photographs of the other potential suspects that were returned through law enforcement's use of facial recognition computer software to search various Duval County databases."
(2) "The trial court erred in denying Appellant's motion to suppress the in-court and out-of-court identification."

A decision is pending in this case, styled Willie Allen Lynch vs. State of Florida,  Case No,: 1d16-3290 ( Fla. 1st Dist, 2017). A check of the court docket failed to find that  decision whether  per curiam, or through as written opinion, is handed down.

Should, in a criminal case, the fruits of a facial recognition software program search be disclosed to a defendant, as part of the required Discovery process ? A decision by the District Court of Appeal is final, unless it conflicts with that of another Court, and if so, it could end up in the Florida Supreme Court, the state's highest court.

Returning to our original query, will compliance officers, in the future, be required by law to disclose to targets of a new client investigation, who are declined, details of their facial recognition software platform inquiry ? Presently, banks send vague letters to customers, when negative decisions have  been made about them, such as account closing, but we cannot say whether such disclosures will become mandatory, in the future, through court decisions, banking best practices, or even regulatory actions.

I told the individual that I had linked him to a large Mexican narcotics cartel, and that therefore, I could not approve him. He did not argue with my findings, but asked me the sixty four million dollar question: " Can I get my money back ?" thereby confirming my conclusions, becaiuse that's what concern money launderers, recovering their "clients" money at all costs, lest they find themselves worrying about staying alive, after their client gets the bad news.
Posted by Kenneth Rijock at Monday, September 10, 2018