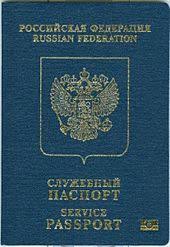 Our recent article regarding the fact that an Indian purchaser of a CBI passport from Antigua & Barbuda apparently was never informed that acquisition resulted in severe consequences, is not a unique situation. Russian nationals who obtain a dual citizenship thru CBI also face restrictions and controls, and if they were adequately advised, in advance, of those issues, they might choose to reconsider becoming dual nationals.

Here are the restrictions and prohibitions:

(1) Russian citizens who acquire dual citizenship are required to notify the Government of their country within sixty (60) days. Should they fail to do so, fines on an increasing scale are imposed. There are reports that violators oft he notification regulation have had their Russian passports summarily confiscated, and all subsequent efforts to obtain a replacement are not successful. Inasmuch as most CBI passport holders do not wish to inform their home country about that fact, for tax, law enforcement or other reasons, Russian government action is a real threat.

(2) Dual nationality is expressly prohibited for Russian nationals who hold most government, administrative and political positions, and violators face severe criminal penalties. Given that the rule of law essentially does not exist in the Russian court system, convictions will invariably occur upon the orders of the country's leadership.

Corrupt PEPs happen to constitute a large segment of CBI passport applicants. It is doubtful that East Caribbean CBI jurisdictions ever notify their Russian clients, in writing, of these restrictions. Given the large number of Russian nationals known to have acquired CBI passports in St Kitts & Nevis, and in Dominica, we wonder how many have run afoul of the Russian criminal justice system, or will the next time they pull out that CBI passport at an international airport.

How many other foreign nationals are in violation of the law when they are handed a CBI passport ? Why don't the CBI agencies warn their applicants ?