WILL THE UK REGULATION ON PUBLIC DISCLOSURE OF BENEFICIAL OWNERSHIP OF FOREIGN CORPORATIONS THAT OWN UK REAL ESTATE KILL THE BVI'S GOLDEN GOOSE ? 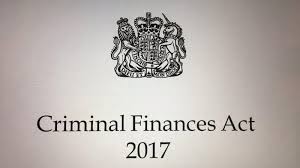 The BVI government's perennial position, that it will not release to the public a register of beneficial owners of BVI companies, until other jurisdictions follow suit, has just lost that argument. The United Kingdom, by 2021, is requiring foreign corporations that own real estate in the UK to publicly disclose their ultimate beneficial owners. Both the BVI and the Cayman islands have been playing that game for years, but fortunately they will no longer be able to hide behind that excuse, and it may result in a major decrease in their lucrative shell company business.

Violators will reportedly face potential prison terms of up to five years, and an unlimited fine. The British Virgin Islands has been the global jurisdiction of choice for attorneys whose clients wish to conceal their ownership of expensive real estate, and the majority of pricey London real estate sales in recent years have been to shell companies, including many from the BVI.

We wonder how many top-drawer London estates will now be put up for sale by their Russian owners, ahead of the effective date of this reported amendment to the Criminal Finances Act, which became effective in 2017.