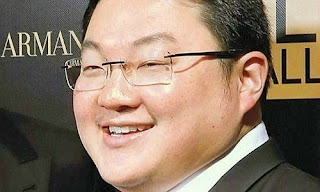 Jho Low, accused of diverting billions of dollars from Malaysia's sovereign wealth fund 1MDB, has been a fugitive on the run from his country's law enforcement agencies. International media from China is reporting that Chinese authorities arested Jho when he attempted to  enter the Peoples' Republic from Hiong Kong. I imagine he was quite surprised when taken into custody.

Jho was reportedly depending upon his Dt Kitts CBI passport to protect him from the law in his home country, and abroad, but apparently China disagreed. It detained Jho, when he attempted to further evade justice by entering China.  Some sources claim he was en route to St Kitts, from which he could not be extradited.

This is a testbook lesson in the reality that a CBI document is not the Golden Passport that its sellers claim it to be. Jho might not be extradited to face the music in Malaysia, for political reasons, but might now be doomed to spend a couple of decades behind bars in a nasty Chinese prison, trapped in a form of legal limbo which he cannot easily escape from.
Posted by Kenneth Rijock at Thursday, July 19, 2018