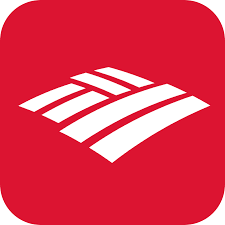 A 35-page class action civil suit, filed in US District Court in Florida, Heinert vs. Bank of America, NA , alleges that Ponzi schemers offering bogus investment oportunities to the public were allowed to rapidly and repeatedly move large amounts of victim payments, among one hundred accounts, most of which originally held only small amounts, into accounts controlled by the fraudsters. The suit asserts that all the red flags of money laundering were present, but the bank failed to take any steps to shut down the rampant criminal activities, which exceeded $100m.

The plaintiff claims that the bank should have identified the suspicious nature of the rapid and significent number of transfers in and out of corporate B of A accounts, which effectively comingled investors funds, and ultimately resulted in total misappropriation of those funds through personal B of A accounts belonging to the individual fraudsters. Additionally, there were transfers inconsistent with the account holder's business, loans that lacked a legitimate business purpose, and transacting businesses sharing the same address.

The funds, which were received from investors, were used to fund the fraudsters' excessive personal lifestyles. Eventually, action taken by the Securities & Exchange Commission brought down the obvious Ponzi scheme.