PRIVATE BANKER SUES EMPLOYER WHO DISREGARDS HIS COMPLIANCE CONCERNS, AND FIRES HIM 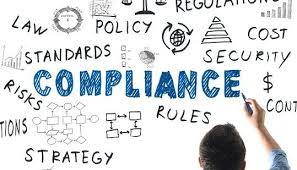 The shape of things to come may be compliance officers going after their own bank, when executives ignore their valid compliance warnings and concerns. The latest case involves a private banker, at a respected UK international financial institution, and it may represent the remedy compliance has needed for a long time, especially since the latest regulatory tactic is to hold the compliance officer personally liable when his bank fail to implement necessary actions.

Apparently, the banker twice advised his employer that there were serious issues: first, when a $100m transaction was linked to an associate of a Russian Politically Exposed Person (PEP), and second, when the client's father was linked to Russian President Vladimir Putin, which makes the client also a PEP. These are textbook issues, requiring Enhanced Due Diligence, which reportedly was not performed.

While I understand the bank, in its defense, says the whistleblower-employee did not raise them until after his position was made redundant, and he was terminated, somehow I doubt that the facts, when finally examined, will favor the bank.

Given that compliance officers, at least since 9/11, have repeatedly voiced their anger over employers who ignore their valid warnings, and later make them the guilty party, rather than the bank executives who valued client revenue over regulatory requirements, perhaps the proactive appriach, suing your employer when things go south, will become the appropriate remedy. If the bank's board of directors have a well-founded fear that the bank might become a very public defendant, they might think twice about dismissing valid compliance concerns.

This whole problem, where executives ignore their own director of compliance, should not even exist; his or her advice, when valid, should be acted upon, swiftly, and without argument, for its sole purpose is to protect the bank from laundering client criminal proceeds.
Posted by Kenneth Rijock at Thursday, July 05, 2018