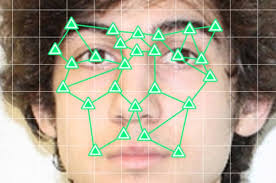 A large number of compliance officers at international banks, where they regularly onboard affluent foreign clients, continue to regard the use of facial recognition software as optional, or ignore its usefulness altogether. This is a major mistake, for criminals, whether they be engaged in money laundering operations or other financial crimes, terrorist financiers or sanctions evaders, all enploy what has come to be known as Identity Management, to successfully outwit even the most experienced compliance officer., unless he employs a facial recognition platform, to confirm identity.

Here's how it works:

(1) the criminal actor, through payment to a corrupt government agencies and entities, obtains solid, albeit bogus, proof of identity, generally a passport & drivers' license, from his home country. He will supplement this alias identity with all the usual indicia of identity that confirm who he is, and where he ostensibly lives and works.

(2) Having established his counterfeit identity, he will open bank accounts,  buy into, establish or acquire a business relationship, to satisfy and routine queries into his wealth.

(3) Finally, using third  parties, he will apply for, and obtain, a Citizenship by Investment, known as CBI/CIP, passport from one of the European or Caribbean jurisdictions engaged in their sale. He now has created two layers of protection, between the truth and his documented evidence of identity.

Now, this individual seeks to open a major account relationship with a North American or European financial institution, professing to be a wealthy international businessman. In truth and in fact, he has either a criminal record, links to countries or entities supporting terroriasm, or is an accomplished evader of international sanctions. His new identity is totally clean, and if a compliance officer engaged in Enhanced Due Diligence of data alone makes inquiries, he will most likely pass scrutiny.

However, if that same compliance officer were to utilize an effective facial recognition platform, he would learn of the prospective client's true identitty, and his scheme would be foiled before any funds could be deposited and transferred globally. Either an image from his dark criminal past, passport photograph, social media image, or other photographic evidence would immediately serve to rule him out as a client or customer.

Given the expansion of jurisdictions issuing CBI passports over the last decade, the use of facial recognition software to properly identify new clients has become a mandatory element of AML/CFT compliance programs; it is time for all compliance officers, in any financial industry, to move into the twenty-first century and incorporate it into their programs, lest they be continually fooled by Identity Management techniques.
Posted by Kenneth Rijock at Tuesday, July 24, 2018