DOES ONE RUN FACIAL RECOGNITION FIRST OR LAST IN EDD INVESTIGATIONS ? 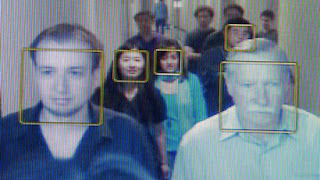 There appears to be a difference of opinion among compliance officers conducting enhanced due diligence investigations: do you run the target's image through your facial recognition program at the very beginning of your EDD, or do you access it when your work is complete, to validate your findings ?

One school of thought states that, in a world where bogus identities, through passports that can be easilty obtained under clean aliases, including second passport programs, one must check first, before wasting valuable time, in any investigation of a target and his identity. Check the primary official documents of identity, including passport, drivers' license, identity card, and whatever additional items that the client presents first, to rule out any inconsistency between images that are known to be of the client, and that which have been presented to you as genuine at account opening.

The second group believes that the entire due diligence program should be completed, and then the facial recognition program should be run, to insure that your findings are correct. If you were totally deceived by a target's false identity, after the facial recog is completed, then you must reexamine the strength of your compliance program, as that means identity documents presented to you by supposedly trusted sources were faulty from the start. How is it that they passed the initial sereening?

Whether you choose to initiate facial recognition inquiries at the beginning or at the end, it is an indispensable component of your EDD program. It is your positive verification of identity, using multiple resoures, including official, unofficial, social, media, and other image sources. Rely upon it for a result more accurate than any other platform.