WITH RUSSIAN INTERFERENCE UNDER THE AMERICAN MAGNIFYING GLASS, THE CBI EAST CARIBBEAN COULD BE TARGETED 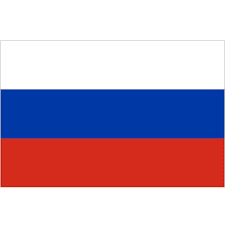 If you have been following the American outrage, over the repeated confirmation of Russian penetration of US institutions, we can expect to see its law enforcement and intelligence agencies continue in taking a closer look at Russian operations in the Caribbean, especially the user-friendly East Caribbean CBI states.

In the East Caribbean, where revenue-hungry politicians court obviously dirty Russian money for CBI and diplomatic passports, offshore banking licenses, and investment capital, with the attendant bribes and kickbacks, the United States is painfully aware of what is occurring. Its intelligence agencies are in the field, reporting back on the Russian footprint, and not much gets past them.

Take Dominica, who sends a CBI consultant from North America to Moscow, as its resident ambassador. Obviously, his posting there is to sell CBI passports to Russians, and given the dysfunctional level of due diligence Dominica performs upon applicants, those applicants may be GRU intelligence officers, working undercover, or sowing disinformation or misinformation, or moving money in support of Russian foreign policy.

Sooner or later, the welcome mat that the CBI states have put out for soiled Russian greenbacks will draw the wrong kind of attention from the US, if it hasn't done so already. In an effort to bar Russian influence seeping into the US from the Caribbean, expect strict measures, including sanctions, more de-risking, money laundering investigations, other financial crime cases filed in US courts,  and visa restrictions. All this may be painful to already depressed Caribbean economies.

Therefore, inasmuch as the CBI republics will always seek to maximize cash flow, expect that there will be a price to pay, so long as the officials there turn a blind eye to Russian capital, and those who use it to move against United States' interests.
Posted by Kenneth Rijock at Monday, July 16, 2018