WATCH FOR PROCEEDS OF CORRUPTION FLEEING HAITI THIS WEEK

Rampant violence in Port-Au-Prince, and other cities in Haiti, due to the government's decision to remove subsidies on gasoline, diesel and kerosene, which will cause prices to rise as much as 51%, could bring down the current government. The combination of Venezuela's Petrocaribe's recent failure to distribute to the Caribbean countries, and US sanctions, which interfere with payments to Venezuela, has left Haitian consumers with prices that they simply cannot pay, resulting in popular revolt. Revolutions have begun for lesser reasons. The government's announcement, that it was reversing itself on the subsidies, had no effect upon the rioting.

Note well that corrupt Haitian leaders, and the Politically Exposed Persons (PEPs) who front for them in North American and European banks, may fear regime change, which reports from Haiti could occur within the next two weeks, and move their illicit holdings, to avoid subsequent exposures and seizure by a new government in Haiti. Unusual funds transfers, both into and out of international banks in the West, as well as unexplained cash movement within the US and Canada, should be closely examined, especially if the sender is a Haitian "businessman," who claims his wealth was earned in his native country. 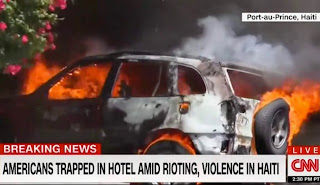 If you are not familiar with the state of the economy in Haiti, legitimate commerce is dwarfed by the underground movement of drug profits, and the proceeds of systemic corruption whicb drains the country dry, and discourages significant foreign investment, when prospective investors are solicited by powerful PEPs to pay bribes and kickbacks, just to do business in Haiti. The corruption has essentially turned Haiti into a failed state.

Therefore, examine in depth any major funds transfers, or attempts to transfer wealth, on the part of affluent Haitian nationals, or professionals acting on their behalf. 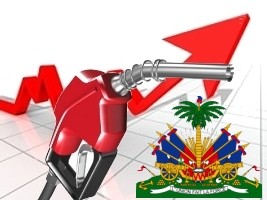