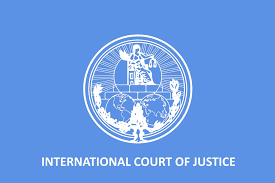 The Islamic Republic of Iran has filed an action in the International Court of Justice, against the United States, asking that sanctions and other restrictive measures, that the US will now reimpose on Iran, after withdrawing from the Joint Comprehensive Plan of Action (JCPOA), are a treaty violation, and must be withdrawn, and Iran compensated.

Iran's action is based upon a 1955 treaty with the United States, though there are issues regarding whether Iran itself violated that treaty many times, including the seizure of the US Embassy in Tehran in 1979, and the taking of American diplomats as hostages.

The ICIJ has published a summary of the proceedings, including the prayer for relief, which may be viewed here. The Court site advises that the complete text will be available shortly.
Posted by Kenneth Rijock at Tuesday, July 17, 2018