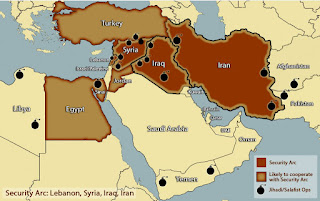 The principal of a major CBI consultancy in the United Arab Emirates (UAE) has noted, in a recent interview, that the country which represents the largest number of their CBI applicants is Pakistan. The executive also named the other nations whose nationals have been his firm's CBI clients.

Here is the list that was published in the article:

The consultancy stated that it matches up applicants with the two CBI jurisadictions in Europe (Malta and Cyprus), and the three located in the East Caribbean (St Kitts & Nevis, Dominica and St Lucia). These are principally countries that are not democracies, and which have Specially Designated Global Terrorist organizations operating within their borders. Assuming that the CBI applicants from these countries present clean and authentic alias identification, sanctions violators, terrorist financiers or foreign intelligence agents, such as Pakistan's ISI, could obtain CBI passports, allowing them to enter the Schengen Zone, visa-free, seriously raising risk-levels.

It is issues like this that keep counter-terrorist agencies up at night. CBI passports allow both criminal, as well as terrorist, elements, to successfully enter, and operate, inside Western democracies. That is why jurisdictions that sell economic passports become high-risk targets for foreign law enforcement and intelligence agencies, and anyone that holds a passport from such jurisdictions are regarded as suspects. This is the unintended consequence of all that CBI cashflow.
Posted by Kenneth Rijock at Friday, July 13, 2018