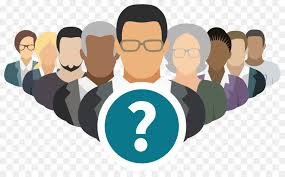 The problem that compliance officers face, when dealing with new foreign customers who declare that they are merely successful businessmen in their home country, is ruling them out as Politically Exposed Persons, or PEPs. Individuals fronting for corrupt government officials will go to extreme lengths to create a false profile, consistent with the trade or industry that they claim to be engaged in, all to cover up the fact that they are seeking to move the proceeds of either corruption, or other criminal activity, into your bank.

The best method of identifying them as PEPs is to utilize social media resources. This does not mean you go on Facebook, or some other media website, searching for their presence. it means that you utiilize  a social media souce that searches all potential social media sites, for both direct, as well, as indirect, confirmation that your target is indeed a PEP.

While a well-prepared hidden PEP will most likely have no direct connection to the government officials that he is moving or laundering money for, these platforms search for indirect, aged, and even irrelevant material, on spcial sites which will lead you to conclude whether or not he has PEP status. These platforms search for not just friends & family, but for old school connections, fraternal associations, prior business associations, or some which can show your target present at media, charitable sports or social events, which may confirm his relationship with individuals who have known access to either government assets, and/or are suspected of corrupt activities.

When your prospective client is photographed sitting next to someone at a New Years' party, wedding, social club annual dinner, or charitable function, a rebuttable presumption arises that he is not with that individual by accident. When he gives an award, at a dinner, to someone who you would not have as a bank client, alarms should ring in your head. When your target shows up at a function, at a private club, look at the members sitting at his table; you can do that only through social media images, collected for you by your platform.

Social media search platforms use artificial intelligence to find your target when he is off duty, and when he thinks nobody is watching, but eager social media posters just may have taken his picture, having drinks with some bad people, and your search found him there in a posting. He may be artfully concealing his PEP status, but you now know better.