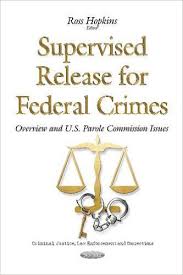 Viktor Bout's former partner, Richard Chichakli, has filed a Pro Se motion for early termination of his two year Supervised Release obligation, which was a part of his sentence. The US Attorney in New York has opposed it, stating that his conduct is not exceptional, and therefore early termination is not justified. Chichakli paid all the costs assessed against him, including the $70,000 restitution, and he has lived and worked without incident since his release in 2017.

What's wrong with this picture ? The purpose of Supervised Release is to monitor the post-incarceration conduct of a criminal defendant, to kep close tabs on him, and to prevent him from re-offending, as recidivism is a major problem in our criminal justice system. Chichakli, like most white-collar defendants, has served more than half of his Supervised Release, and as is customary, when the defendant is clean, the courts often terminate it early.

In this case, the interests of justice are not the motivation. It appears that the Department of Justice, not able to charge him with serious crimes, has made every aspect of his sanctions case as difficult as it could, from giving him "diesel therapy," where he was shipped all over the US, for no valid reason, to obviously interfering with his ability to prepare for trial, the ends of justice are not served. These were punitive actions, from any objective viewpoint.

Since he is a United States citizen, he cannot be deported; I am sure that the US Attorney's office in New York City would have loved to have kicked him out of his adopted country, but alas, they could not. So now, they must be satisfied with a cheap shot. Let us hope that the Court is objective regarding his motion.
Posted by Kenneth Rijock at Thursday, July 19, 2018