THE MOST HIGH-RISK COUNTRY IN EUROPE INITIATES A CBI PROGRAM 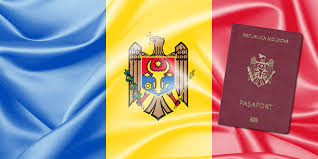 The Republic of Moldova, a country where widespread money laundering scandals and billion dollar frauds are rampant and uncontrolled, has announced that it is creating the Moldovan Citizenship by Investment Program (MCBI). While neither a member of the EU or the Schengen Zone, Moldovan nationals have visa-free access to Europe through a treaty, making a Moldovan passport attractive for citizens from high-risk or sanctioned jursidictions.

Unfortunately, the visa-free privileges come at a high personal cost, as Moldova's image as a center for organized crime more or less paints a red bull's eye on the back of any foreign national who presents a Moldovan passport at an international port of entry. CBI consultancies generally never inform their clients about the specific negative aspects of acquiring the passports of certain CBI countries, including whether you will draw unwanted international law enforcement attention with your new passport. Though the Schengen Zone access is tempting, any foreign investor who chooses to purchase a Moldovan passport is probably asking for more trouble than they bargained for. Nobody wants their banks accounts checked out by law enforcement, just because their passport states where they come from, but it is the logical outcome. Do you really want to be under a legal microscope ?

Lengthy interrogation by customs officers, strip searches, and extensive bags and baggage inspection most likely lay ahead for the Moldovan CBI passpot holders. Some might even call it guilt by association. while the  CBI programs of Cyprus and Malta are more expensive, they will come with a lower level of risk. As always, before making any important decision, prospective applicants for CBI passports are advised to seek the advice of a qualified attorney., but in my humble opinion, rule out Moldova for the reasons listed above.
Posted by Kenneth Rijock at Thursday, July 12, 2018