There has been much made of late about the international scandal surrounding the purchase, by Iran, of economic citizenships, pursuant to a number of Citizenship by Investment Programs being operated by five East Caribbean states, and the negative publcity has caused the Government of Iran to look elsewhere; it is reportedly purchasing passports from corrupt officials in Africa.

For those who question the wisdom of  an Iranian sanctions evader, or terrorist financier, holding a passport from an African nation, allow me to explain:

(1) Inasmuch as an Iranian passport generally requires that a visa be issued, to allow the holder to enter a Western country, an Iranian agent needs a safe passport, with visa-free privileges, such as has been exhaustively advertised by the East Caribbean CBI states, as a marketing tool.

(2) Africa contains a large number of Commonwealth of Nations (British Commonwealth) members, which were previously colonial possessions of the Crown, and who as the result hold visa-free access to the United Kingdom. Iranians, holding themselves out as Commonwealth citizens from Africa, can gain acces to the financial capital of the UK, the City. If the agent speaks English, an adequate cover identity can be built, which will acclow him UK entry. West Africa in particular has a number of Lebanese traders living and working there, and that might be the chosen profession creatd by Iranian intelligence officers, who are fleshing out the bogus identities of their agents.

(3) Many bankers do not know this, but certain former French, and Portuguese colonies like Cameroon and Mozanbique, now independent, have also become Commonwealth members, allowing Iranian agent fluent in either language, but not English, to convincingly pose as African nationals. 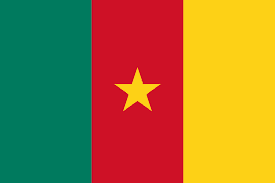 Once the Iranians have entered the UK, free movement within the Schengen Zone of the EU is generally assured, as they are coming from Britain.

Now that you understand why Iran is atracted to African passports, compliance officers should distribute alerts to their frontline staff:

(1) For Caucasian passport holders from African Commonwealth-member countries,
(2) Whose language skills demonstrate the presence of a pronounced accent not native to their professed country of origin; and
(3) Whose physical appearance does not suggest that they live in a tropical country. 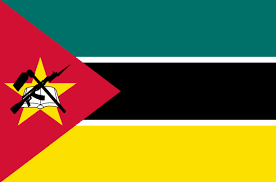 Is their passport newly-issued, and without visa stamps ? If so, dig deep, my friends. You just may score an Iranian sanctions evader or money launderer underneath that African facade.