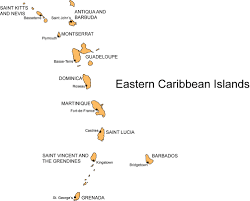 Affluent foreign investors, who have been seeking economic passports through the Citizenship by Investment (CBI) Programs being operated in five East Caribbean States, are making application there in far lesser numbers this year, when compared to the two previous years, and are reportedly looking at programs in other regions, especially in Europe.

The reasons for the step decline in applications appear to be:

(1) Rampant negative news coverage of rampant official corruption in those countries.
(2) The continued failure of each nation's CBI agency to institute Enhanced Due Diligence investigations upon all applicants, resulting in career criminals, terrorist financiers, and the usual suspects being approved, but later are arrested by the authorities for criminal conduct.
(3) The collapse of Petrocaribe, which delivered Venezuelan (and some say Iranian) oil to the East Caribbean under extremely favorable terms. The failure of Venezuela to ship any petroleum products  has spawned riots this week in Haiti, and vocal public discontent in Antigua & Barbuda.
(4) the foreign misperception that the last hurricane seriously damaged all the island republics.

Both St Kitts & Nevis, and the Commonwealth of Dominica, have published obviously grossly inflated figures of the number of their applicants, whereas the true 2018 figures are extremely small. Will the standards for new applicants be lowered even more, to increase revenue, which was never meant to meet local recurring budgetary expenses ? If so, expect even more career criminals to come calling, and be eagerly accepted.

Whether the high net worth applicants will continue to divert their interests to Malta, Cyprus, and other more stable countries depends upon whether the East Caribbean States suppress corruption, upgrade their CBI EDD, and develop their economies. We hope they get the message.
Posted by Kenneth Rijock at Monday, July 09, 2018