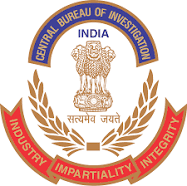 The Indian fraudster and fugitive, Mehul Choksi, was granted a CBI passport by the Citizenship by Investment Unit (CIU) of Antigua & Barbuda, in November of 2017, without previously conducting even a modicum of due diligence in advance, and later lying about it when Antiguan media, and the voters of the country, demanded answers. This is proof positive that a complete housecleaning at CIU is in order.

When the CIU was confronted on the issue, it alleged that INTERPOL was consulted during the due diligence process, but the Indian government agency that handles such inquiries, the Central Bureau of Investigation, has stated that it received no such inquiry. This means the Antigua CBI made a material misrepresentation of the facts surrounding its due diligence efforts.

This was not some five year old case; Choksi got his passport at the end of 2017. It is conclusive proof that Antigua's CIU continues to approve criminal applicants for CBI passports, without any meaningful due diligence whatsoever. Without meaningful Enhanced Due Diligence in place, you can expect to see much more of the same in 2018.
Posted by Kenneth Rijock at Wednesday, July 25, 2018