WITH THE REGIME CHANGE IN EGYPT, HAMAS NEEDS A NEW BULK CASH PIPELINE 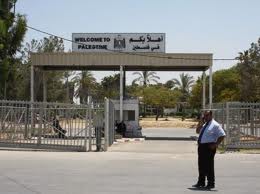 Since the Army takeover in Egypt replaced a government dominated by the Muslim Brotherhood, Hamas has lost its most important ally. it has also lost most of its avenues for bringing in bulk cash.

(1) Egypt closed the Rafah Crossing into Gaza last Friday. This was the primary entry point for bulk cash entering that territory.

(2) The Egyptian Army has destroyed or closed fifty of the tunnels used to smuggle arms and ammunition into Gaza from Sinai. Those tunnels have been employed in the past to smuggle in dollars.

(3) Three Hamas agents have been killed at the border with Gaza, and approximately 150 arrested by Egyptian forces, after Hamas obeyed a Muslim Brotherhood directive to engage the army in terrorist attacks.

Obviously, Hamas now needs a new route into Gaza for currency. Since neither the legal crossing from Egypt, nor most of the smuggling tunnels are available for that purpose, it requires a new avenue. Remember that when dealing with NGOs, charities that operate in the Gaza Strip, international bodies, and even United Nations agencies, as well as any organization that has the right to enter Gaza. Individuals at even the most altruistic nonprofit entity can be co-opted or corrupted as bulk cash smugglers. Watch for any new activity, such as unusually large currency exchanges, or cash withdrawals, by such entities. 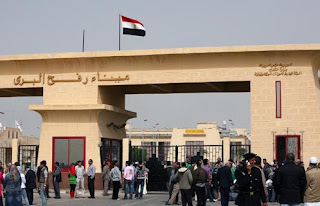 Hamas needs to bring in cash, especially now that both Iran & the Muslim Brotherhood have apparently stopped assisting it in paying government salaries, and to fatten the pockets of its corrupt senior officials.
Posted by Kenneth Rijock at Tuesday, July 09, 2013