CHINA IS ARRESTING LAWYERS WHO ARE DEMANDING TRANSPARENCY FOR CHINESE PEPS 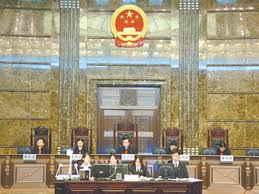 If you thought that China, after its new leader. Xi Jinping, promised to wipe out corruption among its leadership, is doing anything about it, think again. Chinese police have been arresting individuals who are demanding more transparency from Chinese PEPs, especially reports on their income and wealth. The government has even gone so far as to arrest people who are already under house arrest for agitating publicly for reform.

You need to conduct your own due diligence with Chinese PEPs who are opening new accounts overseas, at your bank. There certainly is no officially-generated information from China that you can trust, on PEP wealth.
Posted by Kenneth Rijock at Wednesday, July 31, 2013