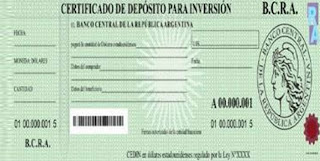 On 1 July, Argentina began its controversial tax amnesty program, designed to attract the estimated $160bn in US Dollars that Argentines are believed to be holding*, in bulk cash, and abroad. Unfortunately, it is a boon for money launderers, not just in Argentina, but on a global basis.

The instrument, known as a Certificate of Deposit for Investment, or CEDIN, for its Spanish acronym, is purchased from the Argentine Government, for US Dollars, without any inquiry into Source of Funds, or who may be, ultimately, the beneficial owner of the funds. It is a pure tax amnesty, designed to recover the hidden dollars, with no questions asked about any possible tax liability. If dirty money is smuggled into Argentina, it can be turned into these instruments, all of which are guaranteed by the Central Bank of Argentina.

In the wrong hands, financial instruments such as this can be an extremely valuable asset. It can be carried around the world, exchanged in the tax havens of the world, in any of a variety of complex money laundering schemes, all used to legitimize criminal proceeds, and in many other ways that are useful to money launderers and financial criminals. This could prove to be a nightmare for law enforcement agencies seeking to follow the money of criminal organizations; all one need do is smuggle it into Argentina. The trail will end there.