The Assistant United States Attorneys in the pending Federal criminal case against Viktor Bout's alleged money launderer, Richard Chichakli, have requested that the Court set a date for a conference, on unspecified grounds, which is the first public development in proceedings that would suggest his cooperation with the authorities. Chichakli, who is charged with violating US sanctions, was extradited from Australia, but the case has not moved forward expeditiously, giving rise to suspicions that Chichakli does not intend to go to trial.

His attorney, New York criminal defense counsel Marlon Kirton, has entered his Notice of Appearance, after an unusually long delay, and filed no pleadings that indicate that he intends to present a defense to the charges. Bout himself cannot be tried at this time, for he was not extradited to face these specific charges, and US law forbids it.

On another note, Viktor Bout's wife, Alla, has reportedly formed a nonprofit entity, called Return Home Foundation, that will seek to assist Russian nationals who are involved in criminal cases abroad. Mr. Bout is currently serving a 25-year sentence in the United States, and he is appealing his conviction on several grounds, including charges that the United States engaged in bribery and blackmail, to obtain his extradition from Thailand. Bout was convicted of illegal arms trafficking, and conspiracy to kill Americans abroad. 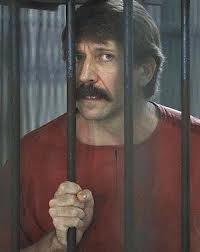