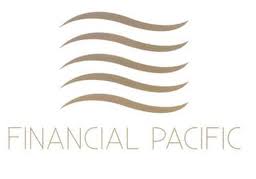 The evidence disclosed by a Panamanian whistleblower, which has implicated most of the heads of the country's ministries, and its president, in a massive insider trading scandal, when you add in the other corruption issues, have effectively eliminated these individuals as suitable bank clients, hereafter unable to open or maintain any bank accounts outside of the Republic of Panama. The Financial Pacific scandal, which continues to rock Panama, indicates that all the ministers, and the President of Panama, Ricardo Martinelli, illegally earned millions of dollars, much of which is located in secret bank accounts not linked to its true owners.

The evidence is said to be so extensive, and damning, that the government has violated the human rights of the whistleblower, and her family, including denial of the right to counsel, has attempted to suppress media coverage, all in a futile attempt to deny the information to the public.

Since senior PEPs often choose to have their subordinates move their dirty assets out of the country for safekeeping, I humbly suggest that compliance officers at international banks that observe any Panamanian nationals seeking to initiate a new account relationship, take a hard look at the new client; is he or she a PEP, by any broad definition of the term ? They may be attempting to hide these illicit profits outside Panama. The prudent action is to decline their business, so long as corruption among ranking Panamanian officials remains the way they choose to do business.

One more point: You do not want to be named in North American media for banking illegal insider trading profits, when investigators from Canadian market regulatory agencies, such as IIROC, and the Ontario Securities Commission, or Canadian law enforcement agencies, come around, for the mining securities involved were traded in Canada. Accepting any large deposits, from prominent Panamanian PEPs, at this time, is unwise. If you  do not fully understand why, ask your outside bank counsel to explain the potential for liability, as well as the potential for serious reputation damage.
Posted by Kenneth Rijock at Saturday, July 13, 2013