WHERE IN THE US IS BO GUAGUA AND DOES HE HAVE HIS PARENTS' DIRTY MONEY ? 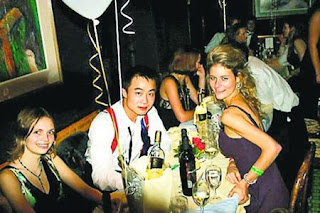 Now that Bo Xilai, the rising Chinese politician, has finally been charged with corruption, the question remains: does his son, Bo GuaGua, have his illicit wealth, and is it being banked in the Boston area ? Bo was reportedly a participant in the Boston Marathon, and he did attend Harvard. There's no news from China on the seizure of Bo Xilai's millions, and his attorney wife probably was able to move much of it out of China, so which American bank has it ?

The compliance problem is that Bo GuaGua probably has a number of valid passports, all with aliases, and his bankers may not even know who he is. Many children of Chinese PEPs attend university in the United States under well-established aliases, so that their classmates, and the media, do not know who they are. Their fellow students might not take kindly to the presence of the child of a major human rights violator, or multi-millionaire "public servant." Many universities actually cooperate with this charade.

Additionally, the tuition is often far more than their family legally earns, so you can easily figure out their involvement in corruption in China. Bo GiaGua, a well known playboy in both the UK and the US, was notorious for his night life, the cost of which was substantial. 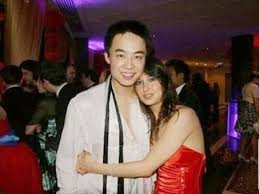 So, here is his photo; who is the banker who is attending to his every need, even though his attorney mother was convicted of murdering a British businessman, and his father stands accused of corruption ? And why is this person, having now completed his education in the US, and probably holding a substantial amount of dirty money, allow to live in America indefinitely ?
Posted by Kenneth Rijock at Sunday, July 28, 2013