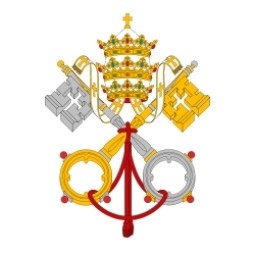 Italian media has reported that the two bank accounts, held by Monsignor Nunzio Scarano, the senior Vatican officials accused of participation in a €20m bulk cash smuggling conspiracy, have been frozen. Scarano's efforts to be allowed to be released to house arrest failed, and he remains in Italian custody. One of his co-conspirators, an Italian intelligence agent, was to employ a private jet to smuggle in the bulk cash. Scarano told a friend that he was to receive a €2.5m "commission" for his illicit services.

Scarano is also under investigation in another case, involving the exchange of a large amount of cash for bogus "charitable donation" checks, in an €560,000 apparent money laundering operation, paying off debt on a personal residence he owned . He was purportedly using the second bank account for a foundation, where he claimed he was accepting money from the public for a hospice-type facility.

Vatican sources stated that the investigation, into suspected money laundering through the Vatican bank, formally known as the Institute for Works of Religion, or IOR,  has widened, to include other targets, which have not yet been publicly identified.