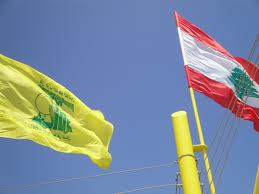 If you thought that there were any responsible government officials left in Lebanon, think again. The country's president has asked the caretaker foreign minister to instruct its EU representative to advise the European Union that it opposes its pending designation of Hezbollah as a terrorist organization. He has been quoted as stating that Hezbollah is "an essential component of Lebanese society." Does that make Lebanon a failed state, due to the admittedly central role being played by Hezbollah ?

The President of Lebanon, in his objections to designating Hezbollah, due to its terrorist action within the EU, in Bulgaria, said that such a ruling would be "taken in haste, and without reliance upon objective and firm evidence" of responsibility for the Bulgarian Bus bombing. Is he serious ? What about all the other known terrorist actions committed by Hezbollah ?

If the country's leader is acting as an apologist for one of the Middle East's worst terrorist groups, it obviously controls the national government; under those circumstances, you should seriously consider raising Country Risk for Lebanon, as the risk levels for having any financial exposure in that country have now increased.
Posted by Kenneth Rijock at Sunday, July 21, 2013