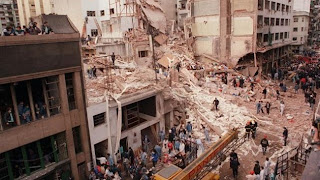 Most of the Western commentators missed the most important conclusion reached by Argentinian prosecutor Alberto Nisman, in his recently released 504-page investigative report on the AMIA bombing, and Iran's expanding operation in Latin America. The evidence he collected led Nisman to conclude that the 1994 bombing was the result of Argentina's refusal to transfer nuclear technology to Iran. If this doesn't convince the world of Iran's true WMD intentions, nothing will.