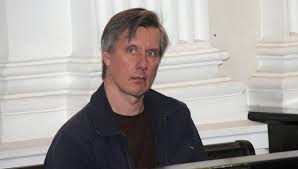 The Vilnius District Court has granted a petition of the Lithuanian General Prosecutor's Office, acting upon an American request, to extradite, to the United States, Dimitry Ustinov, a Russian arms trafficker who arrived at the Vilnius Airport, and was taken into custody. He was reportedly indicted on 25 March, in the State of Delaware, and charged with money laundering, and the export of restricted military equipment from the United States.

The Russian Government has already expressed its displeasure with the ruling of the Lithuanian court, and relations with the United States are already suffering, due in part to the Viktor Bout case, so expect them to deteriorate further.  Ustinov does have a right of appeal, but most appeals of extradition decisions are not reversed, so you can expect to see Ustinov in an American courtroom shortly. This could adversely affect any American corporation, or individual, who has the misfortune to find himself in a Russian court this year, so you may want to consider raising Country Risk for Russia.
Posted by Kenneth Rijock at Saturday, July 27, 2013