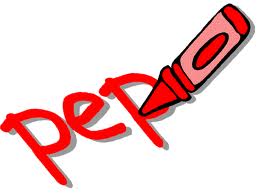 That new Russian law, rammed through by its leader, Vladimir Putin, has prohibited government officials from holding any overseas bank account ,is crazy; or it is ? Perhaps Putin is on to something. Those of us that are frankly sick and tired of watching corrupt foreign PEPs parade around the premier shopping malls of the United States, buying the best luxury goods that money can buy, and living the high life, notwithstanding their small salaries, welcome such a law in the developing world.

I, for one, would be happy if Miami was no longer periodically inundated by wealthy PEPs from Latin America, including the hemisphere's poorest country, the Republic of Haiti, with their multiple mistresses, posh US homes, and fat bank accounts, while their nation drowns in post-disaster poverty. Multiple-entry visas for such PEP-playboys who divert donations, rape development money, take bribes and kickbacks, and steal international aid, needs to come to an end.

Why not make the closure of overseas bank accounts a requirement for accepting government employment in the countries of the developing world, ? For these are jurisdictions where corrupt PEPs are seldom charged, due mainly to corruption in the courts, and the power and influence that these PEPs wield in government. Thank you, Mr. Putin; great idea.