Sixteen months after his arrest, and after his wife's conviction of murdering a British businessman, China has finally gotten around to charging Bo Xilai, on of its former senior leaders, with corruption and abuse of power. The son of a prominent Chinese patriot, Bo Xilai is accused of bribery and embezzlement in the amount of $4m, according to reports published in China, where the press operates under strict government controls.

The case, which drew the compliance world's attention to the fact that many senior Chinese leaders build huge illicit fortunes, and often seek to place them outside China, raised awareness in the West of the potential problems banks face when accepting wealthy Chinese PEPs. Questionable activities of Bo's wife, who lived and worked for a while in the United Kingdom also surfaced during her murder trial, as well as the fact that their playboy son was being educated in the West, at a cost far above Bo's official salary. 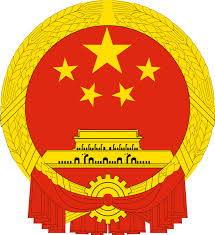 Whether the long delay in charging Bo Xilai with criminal activities was due to the fact that China was going through one of its periodic leadership changes, and that bringing criminal charges would have embarrassed the Chinese Government, I will leave for historians to ponder. What is important about the case is that it was a wake up call on banking wealthy Chinese PEPs for international financial institutions. Serious inquiries into Source of Funds, and the true nature of the customer's occupation in China, are now being routinely asked at account opening, where the prospective client is, or possibly could be, a PEP. Enhanced due diligence has become the order of the day, with any new, affluent Chinese national who is seeking to open an account anywhere outside the Peoples' Republic.
Posted by Kenneth Rijock at Thursday, July 25, 2013