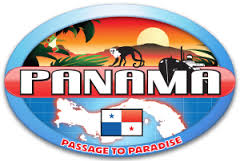 With the explosion of anti-corruption public sentiment in the Republic of Panama, the people are demonstrating their unhappiness with a government where most of the ministers, and their president, are accused of insider trading, among many other crimes and misdeeds. Add this to the total failure of the local law enforcement and financial regulatory community, when it comes to rampant and universal money laundering, and you have a recipe for disaster.

The United States has studiously avoided any involvement in Panama since it intervened to remove and arrest General Noriega, so you cannot expect any help there. The EU is also ignoring the issue of institutionalized money laundering in the banks. What is to be done ?

The only card left to play is a return to the FATF NCCT list; name & shame Panama as a non-compliant country for money laundering and terrorist financing. The question is, does the Financial Action Task Force have the stomach to return to the blacklist as a enforcement ands reform tool ? Let us hope that someone there is paying attention, for only a radical solution will work.
Posted by Kenneth Rijock at Tuesday, July 23, 2013