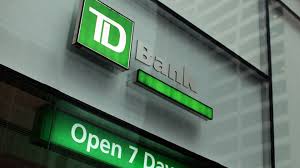 It has been reported that there will be an anticipated 100% recovery for victims of the Scott Rothstein/Rothstein Rosenfeldt Adler Ponzi scheme. Such a result, which is extremely rare in this type of crime, should serve as a lesson to the financial community, for it is largely occurring as the result of judgments, and payments, by Rothstein's primary bank, TD Bank.

When a bank, pleased with large balances and substantial business, from a major client, fails to regularly perform due diligence on that client, it will miss the red flags of Ponzi activity, or other financial crime. The fallout, when attorneys, or trustees seek to recover for victims, often targets the financial institutions that facilitated the crimes. If the bank cannot show that it checked out its major clients thoroughly, and often, the vultures will attack.

The whole problem would have been prevented, had the bank, as soon as the indicia of Ponzi activity appeared, years ago, exited the client relationship. Unfortunately, the bank failed to act. Why an obscenely successful attorney, who reportedly rarely was at the courthouse, was not the subject of semi-annual due diligence, is beyond me. Now the bank has paid the price for that negligence. Kindly make sure this does not happen at your bank.
Posted by Kenneth Rijock at Friday, July 12, 2013