The Court may have finally approved the bankruptcy plan for Rothstein, Rosenfeldt Adler, Scott Rothstein's law firm vehicle for his massive Ponzi scheme, but the reputation damage suffered by TD Bank, the bank that served as his primary financial institution, is still not over. The monetary settlements, by victims, and by the Trustee in Bankruptcy, which brings to an end most of the litigation, are not the only black eyes sustained by TD Bank. There's the discovery issue, which is most troubling, and brings up damaging ethical issues.

Attorneys for one group of the victims, who were counsel of record in a bitter lawsuit, appear to have shown that the bank stonewalled, in producing discovery that would implicate it as a willing facilitator of Rothstein's complex Ponzi scheme, through which wealthy investors were deceived into purchasing bogus settled claims for sexual harassment, or for discrimination. This violation, of evidence production rules, appears to have occurred in two separate lawsuits.

What this means is that it is alleged that the bank deliberately withheld incriminating documents from the plaintiffs. Ethical lapse ? Of course. Evidence of an in-house corporate culture that placed profit ahead of compliance with the law ? Possibly; in any event, the matter of sanctions, for the bank's discovery violations are still pending. One wonders just how much damage the bank has sustained, in the financial community, and the legal community, and whether it will affect its reputation, and profit picture, in the near future.

This is merely one more illustration of the dangers involved when a bank does not identify a Ponzi scheme early on, and exit the client, notwithstanding the lucrative nature of the client's business. There may be damaging information on file, and when someone breaks the rules by withholding it, the problems increase exponentially. 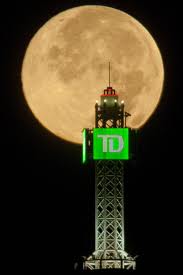