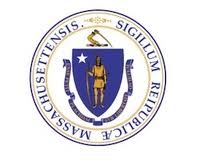 When a lawyer, who is an officer of the court, is convicted of a felony, he has a duty to advise all states where he is admitted to practice law, of that fact.  The Massachusetts Supreme Judicial Court, the highest court in that state, has ordered that an appeal* taken by the state bar, in a bar discipline case, against a lawyer who was convicted of Conspiracy to Possess, with Intent to Distribute, Cocaine, in Federal Court in Florida, proceed. The case has generated a great deal of interest, as the attorney's conviction came to light during his representation of a defendant in a Federal criminal case in New York.

Michael W. Burnbaum, a former US Attorney, failed to notify Massachusetts, where he was still admitted to practice, of his 1997 conviction, a requirement in that state. Bar attorneys last year brought discipline proceedings against him, in the Massachusetts Supreme Judicial Court, requesting that he be suspended for a period of five years, the penalty that the Florida Bar imposed upon him, when he resigned there, after his conviction. It is known as reciprocal discipline.

A single judge of the Massachusetts Court entered an order of suspension for three years;  the Bar then appealed. Under bar discipline rules, appeals that appear to have no merit at law are handled in a modified, and expeditious, manner, without the filing of briefs. After due consideration, the Court ruled that the Bar had presented valid issues, and has ordered briefs filed, and tentatively set oral argument for October.

Had Burnbaum been honest with Massachusetts fourteen years ago, his suspension would have been long over, and the privilege to practice law restored. There is one additional wrinkle; it appears that he has been named as an unindicted conspirator in a $6.7m fraud case in US District Court in New Jersey. What this will this do to his chances of being readmitted to practice in Massachusetts in the future in not known. 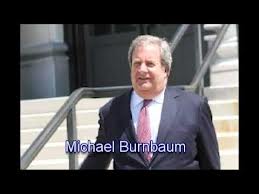