OUT OF GOVERNMENT AND FLUSH WITH DIRTY CASH, EZL BUYS A PALAZZO IN BIRKIRKARA

This corpulent, corrupt curiosity is EDWARD ZAMMIT LEWIS, late the Minister of Justice of Malta. Now, pushed out of the newest PL government, he has recently acquired a mansion, which is actually a converted palazzo in Birkirkara,  relocating from his hometown. If you have never studied Italian, that means it used to be a palace, which will give you an idea of its size and cost.

The price was reported to be many millions of Euros. Given that he is allegedly known to be a money laundering client of IOSIF GALEA, along with JM and KS, one can assume where the funding came from. The legal income from his former ministerial post could not have resulted in sufficient money to purchase even one room in this grand palazzo.

We have previously reported on EZL's star-crossed illicit love affair with a prominent PN lady*; both parties were, of course, married to others, but in the Mediterranean version of Sodom & Gomorrah, anything goes; ask disgraced former Maltese Prime Minister Joseph Muscat about Original Sin. By the way, Lewis' now ex-paramour also moved into new digs allegedly purchased with unexplained wealth. It's a villa in the town of Attard. 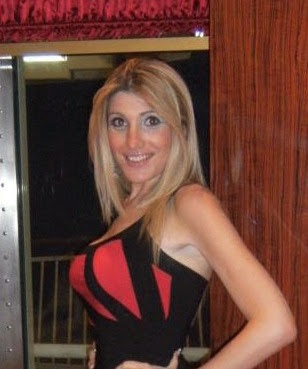 The EZL story is now relevant, due to Galea's exposure as the central player in the Malta Gaming Authority scandal, which saw not only arrests, but Galea's corrupt role in securing gaming licenses front and center in a scheme that will deal a possible fatal blow to Malta's dodgy online gaming industry. Will Galea finger EZL and the rest of the JM PL crew that he laundered bribes and kickbacks for ? Stay tuned.

*Why is the Illicit Affair between Malta's Justice Minister and an Opposition MP Out of Bounds ?