A WORD TO THE WISE: EU COMPLIANCE OFFICERS, KEEP MALTA AS HIGH-RISK FOR AML/CFT ENFORCEMENT DEFICIENCIES 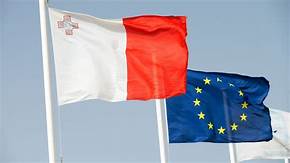 The removal, this week, of the Republic of Malta from the Financial Action Task Force (FATF) Greylist of Uncooperative Jurisdictions, was a major mistake, and most likely occurred for political, rather than factual, reasons.  Malta was, after all, the sole EU jurisdiction to suffer placement on the Greylist.

These statements of fact clearly disqualified Malta from any favourable FATF action:

(1) None of the Iranian, American and German officers and directors of the Iranian-owned money laundering Pilatus Bank, whose charter was revoked by the ECB, have been charged.  Only the bank and its MLRO now face charges in Malta.

(2) None of the senior government officials, past and present, who have engaged in money laundering, and against whom there is clear and convincing evidence, have been charged with either money laundering or corruption.

(3) Russian holders of Malta IIM Citizenship by Investment passports, some of whom are known Oligarchs and their immediate families and associates, meaning PEPs, have been allowed to retain their Schengen Zone access passports, notwithstanding EU sanctions on the Ukraine.

(4) The movement of over $130m in criminal proceeds from Venezuela transited the country's largest financial institution, and no charges of any sort have ever been filed.

Do not lower your present Country Risk assessment on Malta, as a part of your risk-based AML/CFT compliance system.