JOHN WAYNE SCANTLEBURY, ONE OF DOZENS OF BAJANS WHO ARE VICTIMS OF SYSTEMIC LAND FRAUD 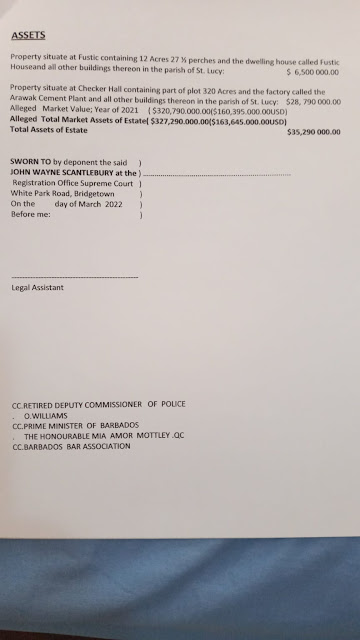 PART ONE OF THREE PARTS

He can track his immediate family back to 1905, complete with birth and death certificates, but in Barbados' corrupt system, where government property records are routinely destroyed, moved, altered, lost and otherwise missing, JOHN WAYNE SCANTLEBURY is on a Crusade to recover his family's patrimony, which is his by right of heirship. 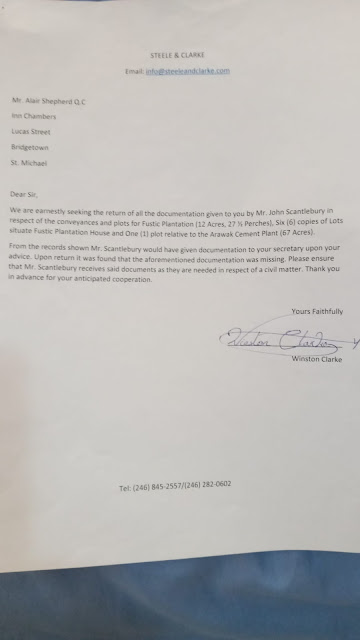 Who opposes him ? A corrupt power elite, composed of the predatory attorneys who handle probate, government officials who accept bribes and kickbacks to disappear and forge government property records, and other members of  a class of wealthy businessmen who illegally acquire property, only to offer it for sale to unsuspecting foreign nationals, and local bona fide purchasers. The relevant records are missing, and presumed destroyed, to defeat his families' legitimate claims forever.

This is how the dirty game is played in Barbados:

(1) Crooked Lawyers engaged in a probate matter accept fees, yet then do nothing to assist their client.

(2) They omit properties from the schedule of assets, preventing them from passing to the heirs by court order.

(3) They retain the missing properties for their own use, and attempt to later sell them off to unsuspecting foreign purchasers.

(4) They delay closing the estate for decades, hoping that the heirs will pass away, memories may fade, family documents proving ownership get lost, or any number of events will allow them to keep their ill-gotten gains. 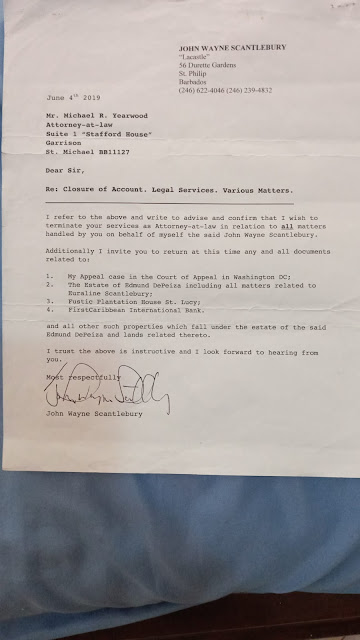 Many of the thieving lawyers, now set up financially with their criminal proceeds. become judges, and government officials, where they are free to change the laws, relating back to the dates when they committed their land fraud, legitimising their crimes, and covering their tracks. 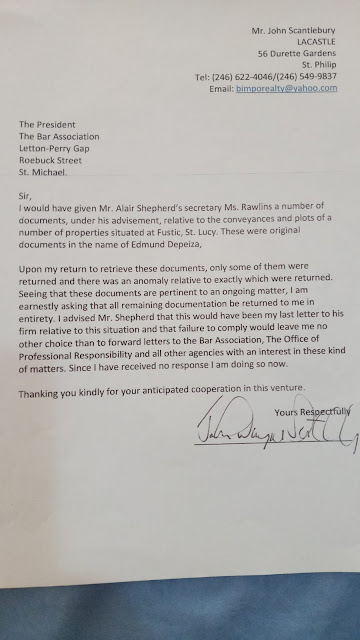 Letters sent to probate and estate lawyers are ignored, neglected or thrown away. Mr. Scantlebury was careful enough to retain Certified Mail receipts, and he can prove delivery. 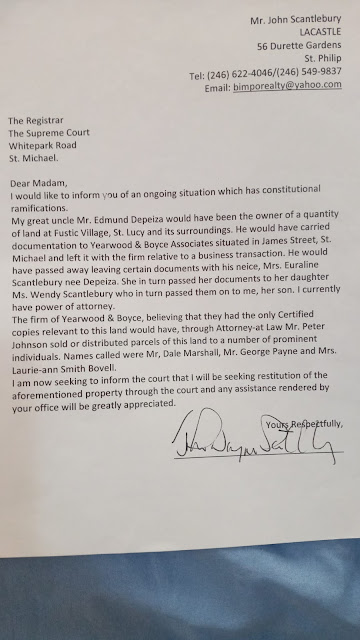 This victim will be seeking judicial relief, not within Barbados court system, whose corrupt judiciary does not follow the Rule of Law, but abroad, where he can get support in ways that are now impossible to achieve at home.