MALTA HAS A COCAINE PROBLEM, BUT NOBODY IS PAYING ATTENTION 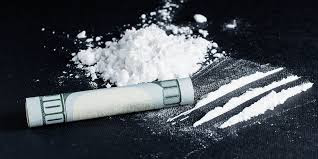 Cocaine madness in the Republic of Malta persists; law enforcement, tracking a cocaine transaction, seized two kilograms from a Maltese man this week, which is definitely not a quantity for personal use. it is for trafficking, readers. That much weight, which will be cut (diluted) cut by retail sellers, has an impact. The maddening thing about the story is that the magistrate actually allowed the defendant to bond out, over the objections of prosecutors. The court's reasoning: he has ties to Malta.

Geography places Malta as the first stop, in the transatlantic shipping lanes, from South America. This means that carload of coke, en route to European organised crime importers, hits Maltese ports first. If local Customs officials are bribed, it then loves on to its final destination. If someone fails to bribe the right pockets, large shipments are seized, giving the Maltese a rough idea of the volume of cocaine traffic flowing through their country.

When such large shipments pass through any nation, some of it often is diverted locally ( known as "Falling off the Truck") and ends up being vended, and consumed inside Malta, whose residents are increasingly using the narcotic. After all, the short-lived euphoria it brings, is often used to take the edge off boring lives and unhappy souls. It is addictive; ask that affluent individual facing charges in the Daphne assassination why he is still a daily user. Ask Chris C how it has affected his life.

If you saw the article this week, regarding the prison warden terminated due to his failure of a drug test, and who strangely had received his job, notwithstanding a prior termination at the Armed Forces of malta for cocaine use, you know that Malta has a cocaine problem. One commentator who should know recently estimated that one-third of Malta's civil servants and government officials would fail a drug test for cocaine, if it was given today. 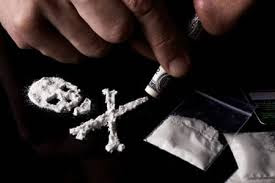 Then, of course there is the story about the discovery of a large amount of cocaine inside the clubhouse of Malta's labour Party, which scandal was quickly covered up by PL leaders. The conduct and public actions of a number of senior Maltese leaders, including Joseph Muscat himself at times, betrays cocaine cocaine use. I know this because, when Miami went through its "Miami Vice" period in the 1980s, I, like many professionals, was a daily user of that dangerous substance, and I can see the telltale signs today in Maltese politics. Cocaine abuse negatively affects decision-making.

Whether the European Union, INTERPOL, EUROPOL, or some other law enforcement agency in Europe eventually reigns in Malta's love affair with cocaine, we cannot say. Maritime interdiction, enforcement in Hurd's Bank, Italian intervention, especially in Sicily, which is closely linked to Malta in Mafia organisations, all of which could tamp down the Maltese mania for coke. Let's hope the Maltese lose their affection for cocaine, before we start to see more overdose deaths, covered up by the medical profession.

Cocaine is not the solution to what ails you, my Maltese readers, it is a road going nowhere fast.