IS MALTA KEEPING ITS NEUTRALITY, IN THE AFTERMATH OF THE UKRAINE INVASION, THE RESULT OF RUSSIAN AND CHINESE INFLUENCE ? 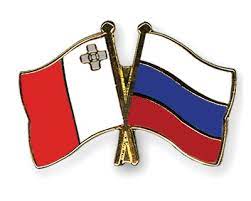 "He pointed out it is “highly likely” that a decision by Malta to reject what is known as a Status of Forces agreement (SOFA) with the United States was secured because of Russian and Chinese pressure for Malta to maintain its neutrality." (former UK Advisor Shanker Singham)

If this statement didn't send a chill down your spine, you're not paying attention to the potential impact, upon Western Europe, of the Russian invasion of the Ukraine. If it is true that Russian influence in domestic Maltese politics, driven solely by the cash flow generated by the IIM ( Citizenship by Investment) programme, then Malta could become an unofficial satellite of Moscow.

(1) We know that the head of Malta's IIM programme spent more time inside the Russian Embassy in Malta than he did his own office.

(2) We also know that Malta first requested that the United States send its Secretary of Defence to meet with its PM, Robert Abela, to set up a Status of Forces agreement, only to get badly burned at the face-to-face meeting, which was such a reversal that the Sec Def directed a profane response to his face.

(3) We know that there appears to be a major campaign supporting Malta's continued neutral stance; just look at the Pl trolls commenting at the end of the TOM and MT articles, pushing neutrality as some sort of divine mission espoused by their autocratic and pro-Russia leader, Saint Dom Mintoff, the PL Prime Minister during a violent period that made Maltese emigrate in record numbers.

(4) We know that there has been absolutely no action, on behalf of Malta's principal banks,  or its regulators, to detect and interdict cash suspected of being Russian funds evading EU and US sanctions.

Perhaps Messrs. Abela and Muscat are already brushing up on their Russian; Do you really think the European Union, already feeling the heat from Putin's threats, are going to allow Malta to be an enclave of Russia ? And knowing how the United States regards threats from an expanding Russia into Europe, you know this is not going to end well for either of those two clowns.