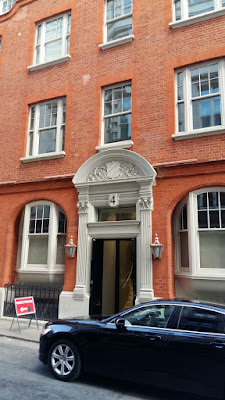 Media in the United Kingdom are covering the reports that Hilus Services, a British company registered in Glasgow, and controlled by two BVI companies,was part of a three billion dollar ($3bn) laundering scheme, cleaning the proceeds of Azerbaijani corruption, and moving it through Europe. Allegations of $2m in illicit payments to Italian politicians are among the claims made by Italian law enforcement agencies, which are pursuing the money laundering and corruption aspects in that country.

Hilux Services, later renamed SLO12732 Limited partnership, moved money through its account at Malta's Pilatus Bank's London branch, at 4 Old Park Lane, Mayfair, Known in Italy as the Azeri Laundromat,  in twelve transfers. We have secured one hundred per cent confirmation, from a trusted source formerly at Pilatus, of the existence of the Hilux account at Pilatus Bank. Records of the transactions exist in Malta, in the hands of the firm entrusted with winding up the affairs of the bank. Maltese authorities have refused to take any action against Pilatus, due to allegations that significant bribes were paid to secure the bank's license on a fast track basis, and that the disgraced former Prime Minister, Joseph Muscat, has been implicated in the corruption. 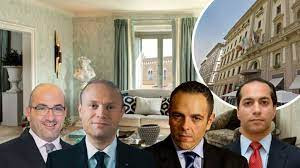 Given the fact that these transfers, through Pilatus' London branch, which did not appear to be conducting any legitimate banking business, we are wondering aloud why the United kingdom has not filed money laundering charges against Ali Sadr Hashemi Nejad, the owner and board chairman, as well as the officers and directors at the bank who were directly involved in the illegal transfers. Staff at the London branch have gone in to work in the City at other companies, raising the question whether they have simply moved their money laundering activities elsewhere in the UK, and are operating with impunity.

Why won't the United Kingdom stand up and take a bite out of Pilatus money laundering crime ?