FUGITIVE ALEX SAAB MORAN, WHO MOVED MONEY THROUGH MALTA, HAD A PARTNER WHO ALSO HAD MALTA COMPANIES 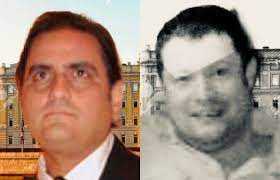 Saab, who lost his final appeal in the courts of the Cape Verde Islands, where he is fighting extradition to face multiple money laundering charges in US District Court in Miami, has been a key player in Malta's highly organized money laundering scheme, wherein money embezzled or stolen from Venezuela was cleaned through Maltese banks and non-bank financial institutions, and then invested in Europe and the United States.  His ties to two of Malta's most senior former officials, specifically Joseph Muscat and Keith Schembri, have long been rumoured. In Malta, since 2013, there have been no major criminal operations without the express permission of corrupt officials, who always receive a financial incentive. 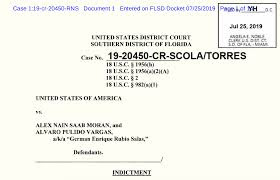 His frantic efforts, which have failed thus far, to avoid a US trial, based upon bogus claims of diplomatic immunity, which are currently on appeal to the Eleventh Circuit, betray his fear of a probable conviction, both with evidence, as well as witnesses who will testify against him. Those witnesses include a former American university professor who allegedly laundered money for him, and has entered a guilty plea to those charges. He is, curiously enough, a noted authority on Latin American narcotics trafficking, and will made a compelling witnesses at trial.

Additionally, Saab's attorneys filed an appeal with a West African regional court, whose decision Cape Verde courts declined to recognize. There was also a scandal about social media posts in Nigeria, purportedly in support of Saab, which were later exposed as paid trolls.  Saab definitely is pulling out all the stops to delay or deny the extradition process, but to date all have failed.

The Saab trial, when it is eventually held, will give the public, for the first time, details of precisely how Saab moved millions through Malta's banks, who assisted him, who were his advisers there, and how bribes and kickbacks were paid to facilitate his scheme, and that of his partner, Pulido. The Bank of Valletta most likely lost its USD correspondent banking relationships as the consequence of the Saab case.