WHEN WILL MALTA'S COURT SYSTEM ADMINISTER JUSTICE IN THE BANK OF VALLETTA AND TIMES OF MALTA CASES ? 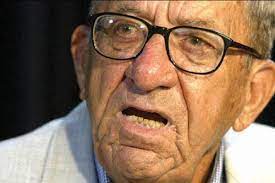 The man who called the EU "The Europe of Cain." and nationalized NBG(BOV).

In the eyes of the European Union, the failure of Malta's notoriously corrupt court system to follow the Rule of Law is one of its most egregious shortcomings. To be specific, there are two unresolved major matters, which until justice is finally achieved, will continue to expose the country's courts as controlled by Malta's politicians and wealthy businessmen. 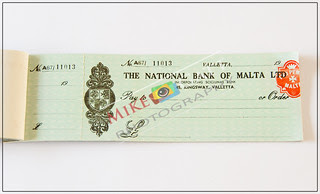 (1) The failure of the courts to adequately compensate the original shareholders of the Bank of Valletta, formerly known  as the National Bank of Malta, which was nationalized in 1973 by then Prime Minister Dom Mintoff. After more than 40 years of intentional delays by government officials at the highest level, either the shareholders must be paid, with interest, or their shares must be restored to them, together with control of the bank. In that care, present shareholders must themselves be compensated. Either way, justice must be served, and the original families in Malta who lost their ownership rights be made whole. The Government of Malta received illegal payments when it sold off the bank, and this wrong must be redressed. I don't care that it has been fifty years. The injustice in this matter must be rectified.

(2) The ownership of the Times of Malta must be restored to the designated Strickland family heir, together with the assets of Mabel Strickland, the bank's original owner. There was obvious criminal activity involved in Ms Strickland's case, including undue influence exerted upon her in her final days, and her intentions regarding who shall thereafter control the Times after her demise were interfered with; other dark forces ended up controlling the newspaper group, and have  profited immensely since then. Justice demands that ownership and control be awarded to its rightful heir, and those guilty of criminal conduct should be held to account, no matter how powerful and affluent they may now be.

Unless these two open wounds are  attended to, Malta will forever he known as a jurisdiction where the Rule of Law means nothing, and where the rich and powerful make the rules in the courtroom. If Malta cannot abide by the Rule of Law, then it doesn't deserve to be a member of the European Union.