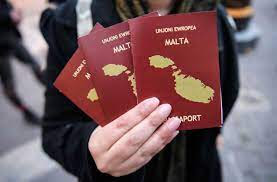 If you thought that Malta's Citizenship by Investment, or CBI, passport sales programme, which intentionally sold passports without performing any effective due diligence, to Russians, Iranians and North Koreans, was Europe's Big Problem, there's an aspect of its programme that Member countries of the European Union must regard as a Clear and Present Danger:  The sales of Malta's passports, which give Schengen Zone access, to a number of Europe's major financial criminals.

Sales to European nationals is an illegal act, but that apparently doesn't deter Malta's government. it simply requires that the applicants present an identity card from a jurisdiction outside the EU, and it find a  way to issue the passports. Of course, a premium is charged, not appearing on any official records. Oh, and the applicants apply under aliases, none of which can be verified using even rudimentary due diligence methods. Obviously, Malta Doesn't care about the details. Do you have a fabricated name ? We'll issue you a passport, just pay a premium over the published fees and costs, and it had better be in cash.

We regret that we cannot name the Euro-criminals using their Malta passports to commit money laundering, fraud, extortion, and a host of other crimes, hiding behind their aliases, because we do not want to alert them that they are known, but if this isn't a valid reason for compliance officers at international banks to insist upon Enhanced Due Diligence for all Maltese passports holders applying to open accounts, I don't know what is. Perhaps it is now time for all individuals presenting a passport from the Republic of Malta to be carefully examined prior to allowing them to open an account at your bank.The risk levels are now just too high to do otherwise.