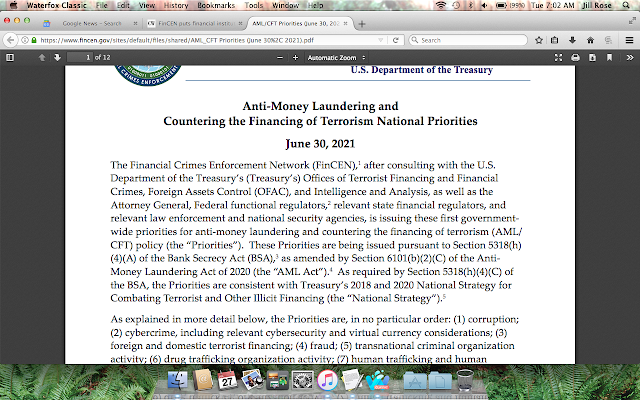 It appears that the present government of the Republic of Malta doesn't stay current in the world of AML/CFT. It has completely missed the new American focus on Corruption in its list of Anti-money Laundering/Countering the Financing of Terrorism National Priorities, as published by the Financial Crimes Enforcement Network (FinCEN) on June 30, 2021; That will be costly.

Unless Malta's deliberately dilatory and improperly influenced court system gets off the dime and moves forward with a broad-based programme of bringing money laundering charges against its former leaders, and their close associates, we can expect FinCEN and/or the Office of Foreign Assets Control (OFAC) to impose sanctions and restrictions upon the country's principal offenders. This would include, but not be limited to, senior government leaders, the principal financial institutions involved, and the targets themselves. American national security, as well as financial, interests, have been affected by the country's rampant corruption, and resultant money laundering, since 2013, when the present government came to power.

Such action would effectively push Malta into the unofficial high-risk position equivalent to that of North Korea, a financial pariah in global commerce. Such actions would amount to the blacklisting of its financial institutions, and kill any chance to be removed from the FATF Greylist in the short term. The country's economy would suffer a major blow, resulting in widespread unemployment, and an increase in crime. 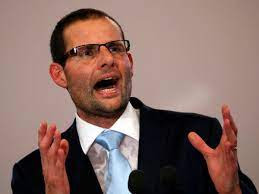 Unless Malta's Prime Minister, Robert Abela, orders his Attorney General to remove the obvious blocks in effect, preventing the filing of new cases or expediting of pending money laundering charges against many present, and former, members of the Labour government, you can expect sanctions to be imposed, and when that happens, Malta's economy will be in free fall downward. Abela will preside upon a Maltese economy headed straight for disaster.