THE US TAKES DOWN IMAGES OF OPPRESSORS; WILL MALTA FOLLOW SUIT ? 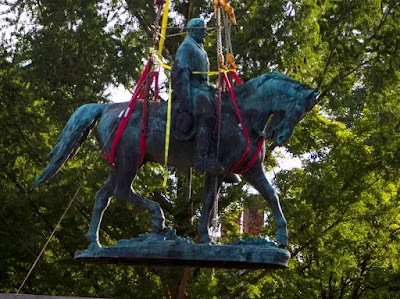 As you can see from the image above, this week, a statue of Confederate General Robert E. Lee was removed from a public place in Charlottesville, Virginia, after national public sentiment insisted that America's icons from its dark past be eliminated, lest they continue to intimidate those in the present, and encourage  the small minority who wants to turn back the clock on democracy, civil rights, and justice.

We recently published an article entitled After Domestic Abuse Allegations appear, will Malta now finally Take Down his Statue,  referring to the island nation's first Prime Minister since Malta became a Republic, Dom Mintoff, whose rule was characterized by a retreat from democracy, violence, corruption  anti-intellectualism, and toadying up to Communist dictators abroad. A virtual dictator himself, his statute, which dominates the public space,  is a disgrace to democracy, and should be removed forthwith. This man, who was the subject of cult adulation, should not be idolized and glorified, as he would be found guilty today of Crimes Against the State. 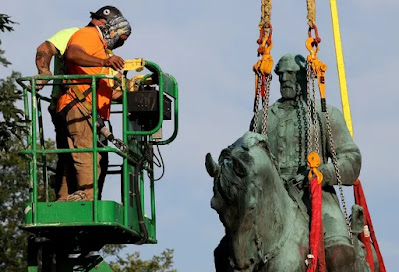 Malta, please join the Europe of the twenty-first century, and remove this national stain on your honour. To do any less marks you as a relic of the criminal past.