The FATF Greylisting of the Republic of Malta has, as we expected, and warned our readers about, consequences in other jurisdictions. If you look at the above website of the new United Kingdom listing of High Risk Countries, from the Money Laundering and Terrorist Financing Regulations, you will notice that MALTA has been added at number 11.  Do not underestimate the impact this will have on Malta.

Maltese media is busy minimizing the story, but it will directly impact individuals and businesses in Malta. This will cause problems for any Maltese national or resident who maintains accounts in the UK, and especially those who are engaged in international trade with Britain. High Risk usually requires compliance officers to initiate Enhanced Due Diligence, which is both time-consuming and expensive to conduct, and which will surely delay account opening, wire transfers, letters of credit issuance, and many other time-sensitive business transactions, all to the detriment of Maltese businessmen and their businesses. Accounts that have been routinely accepted will hereafter be declined in the City.

The UK designation will also most certainly cause British investors to give Malta a wide berth, when considering moving overseas entities into tax havens. Why bother opening an offshore business, when your funds transfers might be blocked at a very inopportune time, prohibiting you from accessing or repatriating your profits ? Malta's expanding financial services sector will contract; the only question is how much. 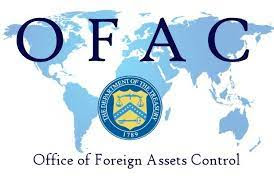 Finally, Maltese banks worry about the most powerful sanctions regime, the US Office of Foreign Assets Control (OFAC), which could now choose to designate Maltese banks, non-bank financial institutions, or major companies linked to money laundering or corrupt activities, based upon the FATF sanctions. That could disconnect Malta from the US financial structure, which local banks depend upon. Is Malta due to be isolated from mainstream international commerce ? Remember what happened to Libya. Things could get much worse for the Maltese economy.