MALTA RELEASES ITS PEP LIST, BUT ONLY THE TITLES, AND NOT THE NAMES, WHICH IS NO HELP FOR THE WORLD'S BANKS 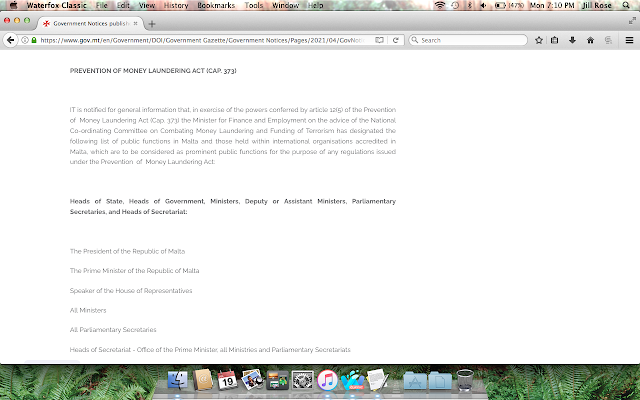 The Government of Malta (FIAU) has published its list of Politically Exposed Pesrons, or PEPs, government officials, those in government-owned entities, and other positions that are generally classified as PEPs, which require increased monitoring by bank compliance departments. The list can be found by accessing No. 437 here.

The problem is, the list is next to useless for the world's bank compliance officers, because the FIAU only published the  job titles, and not the names, and many of the titles are only partially described. Was this intentional ?

Compliance officers at international banks need the actual names of the PEPs; they search the Internet, and commercial off-the-shelf databases when a new client comes in the door, to determine whether he or she is a PEP,and who might be concealing that fact from the bank. Most of the PEPs in Malta are NOT on any English-language government or private website, identifying them as such, and as Maltese is the official language of the Republic of Malta, which means foreign compliance officers most likely will be unable to find the client's name in the local media, local online newspapers offer little help. 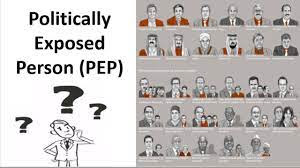 Therefore, an individual who is a minor government official, but still important enough to handle substantial government funds, or be exposed to the payment of bribes or kickbacks in the conduct of their position, will not be identified by the compliance officer at a foreign bank, meaning that account monitoring, especially after six months, will be minimal or non-existent. That gives the hidden PEP  an opportunity to launder the Proceeds of Crime  through the accounts.

Whenever a government agency fails to identify, by name, its PEPs, it open the door for criminally-inclined PEPs to use bank abroad to move and conceal their criminal proceeds, and Malta's FIAU has now done just that. This is no way to get off the FATF Greylist, my friends.